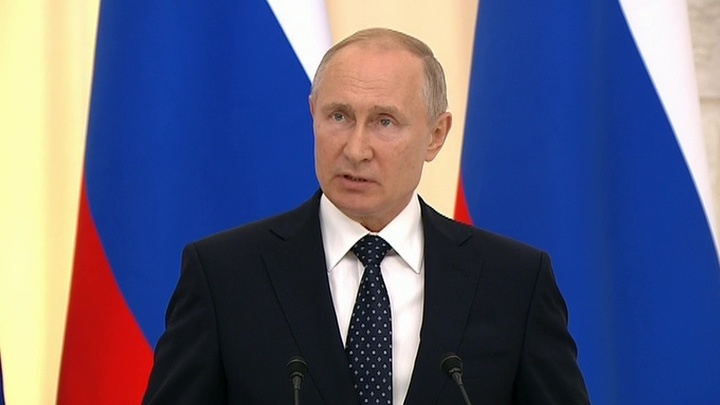 Journalists wanted to know when and where Vladimir Putin and Donald Trump will meet and how the relationship between Moscow and Washington will develop.

Vladimir Putin: "I can say, at least we feel that our American partners are interested in restoring our relations. At least in the telephone conversation with the president and in yesterday's conversation with the secretary of state, we outlined the issues which we're both are interested in, and not only in our bilateral relations but the issues of strategic stability, global security, the non-proliferation of weapons of mass destruction. Our key agreement in this area — START III — will expire in 2021. We should think about how to deal with it, whether we should renew it or not. If we want to renew it, we should start full-fledged negotiations. Of course, we have a common interest in the area of settling regional conflicts. We're open.

This isn't about us. This is about our American partners. As soon as they're ready for this, their domestic political situation changes so that we can work, we're ready to make all of the necessary efforts at that time. I hope that such conditions are being gradually created, especially after Mr. Mueller's report who stated that there was no collusion between Russia and the current administration, I reiterate it, there was no interference with the elections. Well, we'll see what'll happen next".