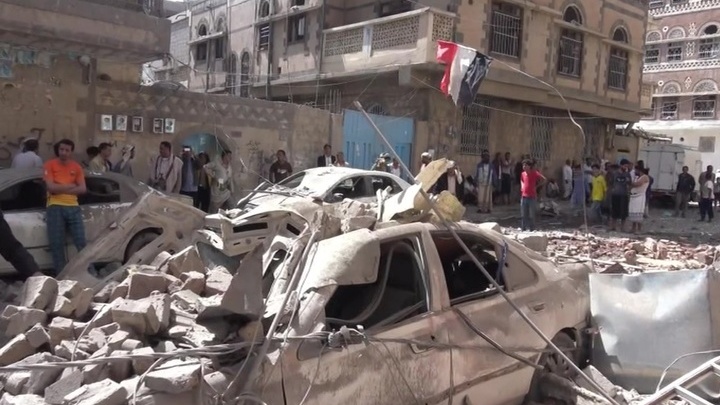 In the capital of Yemen, six people were killed in air attacks by the Saudi Coalition. Over 50 people were injured, including two Russian women.

Here's what we learned from the Russian embassy.

Alexey Dobrynin, Spokesperson of Russian embassy in Yemen: "The Yemeni TV channel Al Masirah has reported today that two Russians were injured as a result of a mass bombing of the central parts of Sanaa. This information was checked by the office of the Russian ambassador to Yemen which is temporarily in Riyadh. They found out that the Russians were slightly injured mainly by glass shards. They're Russian citizen Shams Al Nuaimi and her daughter Layan. Their house was fully destroyed as a result of the missile strike. The Russians were immediately taken to hospital. After receiving medical aid, they were sent to their relatives. Now, their lives are out of danger"/