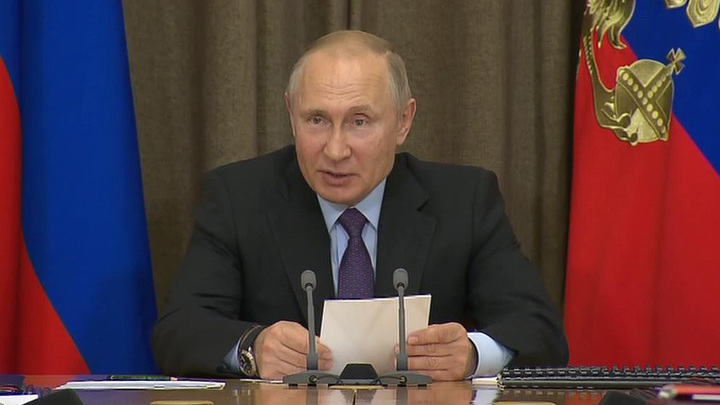 First, let's talk about Vladimir Putin's concluding meeting on the development of the armed forces and defense industry where, among other things, laser and hypersonic weapons were discussed. The president said that such weapons as combat laser systems will define the combat potential of the Russian Army and Navy in the next few decades.

Vladimir Putin: "We will also discuss the laser systems that use Russian-produced optics and high-sensitivity optoelectronics, including the types of weapons that frankly (and we all understand that) were just recently seen only in science fiction. I am talking about tactical combat laser systems which have now become a reality. I want to stress that the timely completion of these projects is extremely important because these are the types of weapons that will largely shape the combat capability of the Russian Army and Navy in the next decades and practically the entire 21st century.

We will also review the progress of the Advanced Naval Electric Power inter-agency program. If we achieve the necessary result, we will be able to utilize these developments for civilian purposes — and, of course, we should pursue that. These developments will be extremely sought-after in certain regions including the Arctic, a region of historical and strategic value.

Finally, we will discuss the first practical results of deploying the latest equipment including the Peresvet combat laser system and the Kinzhal hypersonic air-launched missile system".