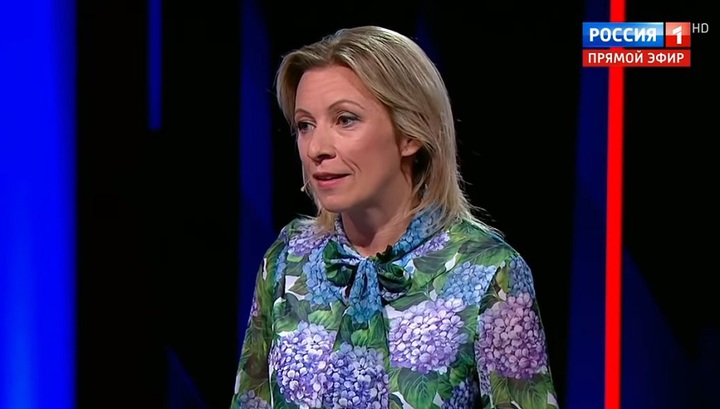 Maria Zakharova, Spokesperson MFA: I liked it when I was asked — what should the United States do to show they're ready for a dialogue? I said — we don't have to start with major things. We can start with the simplest thing which can be implemented in a week — visas. You won't believe it. Well, you might believe it, but the audience will hardly believe it. American citizens, I mean ordinary American people, have no idea that if a Russian citizen wants to visit America as a tourist, which means bringing some money there, or they want to visit their relatives, which is an important part of human rights, or they want to study, work, you name it. This very Russian citizen, who doesn't pose any danger and isn't a threat to US national security, in order to go through an interview at the US Embassy or Consulate General, they have to wait for it for 300 days. When I tell ordinary Americans (including journalists) about this situation, they take their phones and check this on the Internet. They can't believe this. They can't believe they pay taxes to their government, which pulls this trick in the Russian Federation.

- How long do Americans have to wait to hear from the Russian Embassy?

- Please, it's a matter of a week or two. We have an agreement with them. We don't work in this field because we like it, we do it because we have obligations. In general, it's normal when you do not put up obstacles or when there's no necessity of not letting people in due to some security reasons or as a retaliatory action. So, if it's all unnecessary, why should they put obstacles in people's way? What for? Pay attention, no matter what kind of administration the State Secretary represents, whether it's Democrat or Republican, or even Trump, well, we consider him a Republican but he's on his own, every time, at any press conference, it's as if it's written in some sacred testimonies of the State Department, that's the way they treat the Russian people. They say: "Russians are our friends, we love you, we take good care of you. That's why we hold a dialogue with your government." But if you take care of our people, why do you abuse those who can't visit their relatives, including their closes loved ones and those who can't work with your people. They have to wait for 300 days just to come to the interview.