NEXIT Next? Geert Wilders Believes the Netherlands Are Ready For Withdrawal From EU! 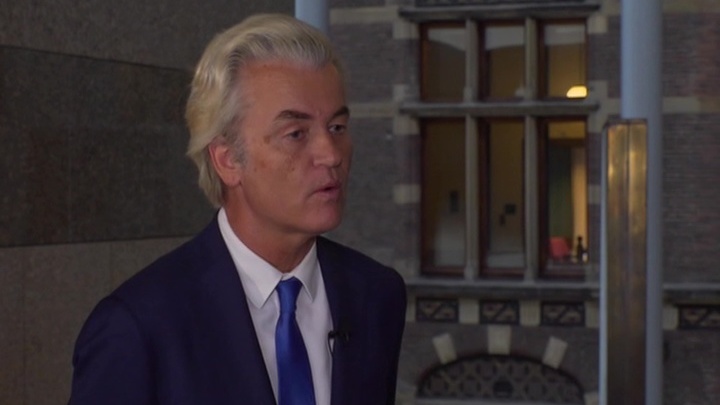 The Netherlands is ready to withdraw from the EU. In an exclusive interview for our channel, the leader of the Dutch Party for Freedom, Geert Wilders, stated that. According to him, remaining a part of the EU completely deprives the state of its sovereignty. I should note that in the 2017 parliamentary elections, Wilders's party was the second most popular and gained over 13% of the vote.

Geert Wilders, leader of the Party for Freedom: "In the eyes of many people, the EU is now a monster, which seeks to determine where the main decisions are taken — in the capitals of the states or somewhere else. It siphons money from us, determines our migration and budgetary policies for us. It looks like there's no national sovereignty anymore. In order to defeat that monster, we have to get inside of it and fight with it from the inside. We aim at withdrawal from the EU. I think that non-membership in the EU is the right policy to make the countries on the European continent stronger and probably richer".