Zakharova: Bungled Skripal False Flag Back in the News! Yet More Sanctions on Russia Inbound! 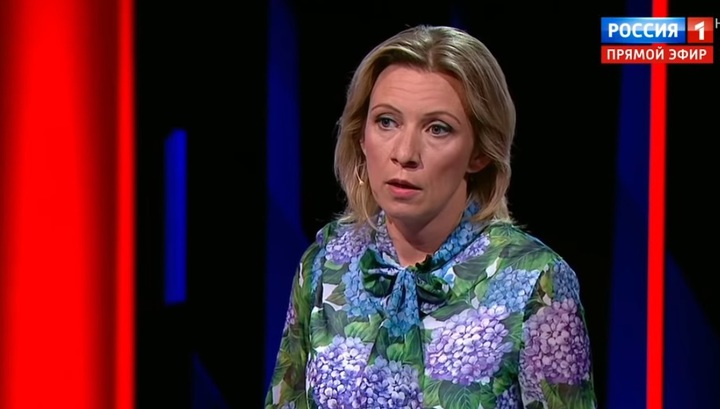 The big topic that never goes away: the Skripals and the UK.

- Has there been any progress?

Maria Zakharova, Spokeswoman for Russian Ministry of Foreign Affairs: Not at all. Where? On the Skripals? Of course, not. Why should there be?

- It's gonna keep resurfacing from time to time in the media. A certain informational foam will be formed around this case. Whenever they need it, whenever the UK would face a crisis, whenever they'd need a distraction, whenever they'd want to do something against Russia, against Russia's moves on the international arena, they will go back to this topic. If the British government won't have that need, this topic won't be on the agenda at all. But you and I are grown-ups. We understand that if Sergey Skripal is alive, as we've just recently been told by the British ambassador, he must live somehow, there must be life around him. But we know nothing about that, and nobody knows anything. People only know those details that are necessary to divert attention.

- So they found Russia guilty, they're going to introduce a new round of sanctions, and that's outside of court, without an investigation, without any hearings. Just like that.

- There were hearings. Because a long time ago, more than a year ago, Madame May announced her verdict to the Parliament. For them, that's enough.

- So once again, we're saying the truth, they're not. Like currently there's a lot of information coming in on the OPCW and on the investigation of the alleged chemical attack in Douma. Even the Western experts are now saying, "It's all a lie, it's all fake. There was no chemical attack." So no one's going to apologize?

- We can make as many arguments as we want that would support Russia's position. I just have one question. Is there anything confirming the British theory? Even though we don't know the official theory. We don't know it. The law enforcement didn't talk to us. I don't just mean to me and you, I mean to the whole world. Even though accusations were made.

- What do you mean, what for? So that people could understand -what the issue is.

- What for? It's only us who naively think that we should talk to people and make them understand. Orwell, as it turns out, was writing not about the Soviet Union or future Russia, but about completely different countries.

- But the fact remains that even the political statements and accusations that were made by the British government, not by their law enforcement, not by the officials conducting the investigation, but those political accusations that were made are not supported by any evidence. Consequently, I have a question: what is this outcry in the media is even based on? What is it fueled by? Don't the people writing those pieces realize that something should've come up in more than a year? And this is not a question with a lot of unknowns. There's a person, even several persons who were attacked. There's a place, there's a time, there are circumstances. What else do they need that keeps them so silent for more than a year?

- And mind you, no one in the free Western world has even said whether Skripal and his daughter were engaged in the investigation or what they told about the day of the poisoning and the days preceding it. What for? We're asking uncomfortable questions. No one else needs them.

- This is a very convenient way of manipulating public consciousness.

- Alright, in conclusion, I would say that this week was a week of significant success of Russian diplomacy, to put it humbly.

- I believe that it's a proof of what many people doubted a couple of years ago. Right now we're getting the results of the step made at that time. It's not about today's success. It goes back to the point when there were doubts, when there was mockery, when they were saying, "It's all wrong. Just drop it already. We don't want to hear your explanations. It's all your propaganda." And today those people should look at this from another angle, taking into account the results, including those we got this past week.