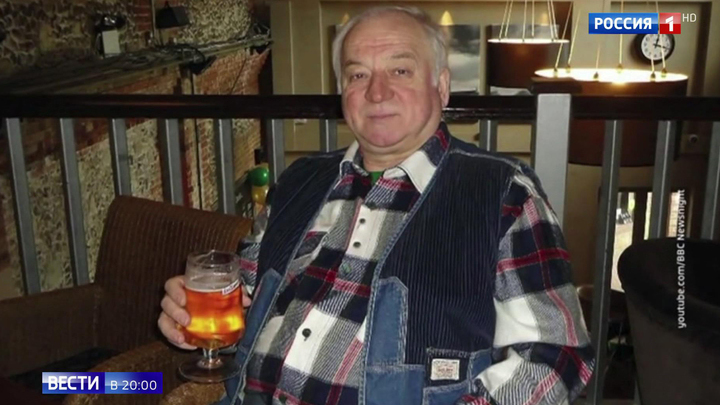 Here's potentially sensational news! Sergey Skripal has made a phone call to his homeland for the first time since he was reported to be poisoned. At least, today, a recording with his voice surfaced. Or with a similar voice. What was the content and who was the recipient of this message by the GRU deserter whom we didn't hope already to see alive?

Our British correspondent, Alexander Khabarov with the details.

The niece of former double agent Sergey Skripal, Viktoria, states that her uncle suddenly called her on May 9th, leaving the following message in her voicemail.

"Hi, my little Vika! It's your uncle Sergey. I was trying to reach you but the subscriber was unavailable. Alright, happy holiday! Мy kindest wishes! I wanted to know how you all are doing there. I'm doing okay, and not just me, Yulia’s doing okay too. Everything's alright. I congratulate your mommy with the Victory Day too. Well, bye! Let's get in touch sometime".

As far as we know, this call hasn't been verified. But Viktoria told the journalists that Sergey Skripal allegedly called her in April. He asked her about family affairs but didn't say anything about himself. If it was really the former colonel, he turned up on time, when many people who followed his outrageous story started wondering if he was actually alive.

Britain's secret services have been hiding the Skripals for over a year already. Scotland Yard has been steadily turning down our requests for interview. In all of this time, Yulia Skripal presented herself only once. In the previous May, she read out a text written for her in front of a camera. She wasn't asked any questions at that time.

Alexander Yakovenko, Ambassador to the United Kingdom: "It's been a year and a half. There aren't any investigation results, there isn't any official story. Everything is leaked to the media. And the stories contradict one another".

British investigators can't explain how a perfume bottle, which was presented by them as a poison container, could stay for four months in downtown Salisbury without being noticed by anyone in a bin of a charity organization until a couple of drug addicts found it.

"The container where the bottle was found was emptied on a regular basis. That's why the statements that it had been there since March sound unthinkable. If the bottle was sealed and when it was found in the area both unclear".

With such slip-ups, the case could fall apart in any court. So, the colonel's sudden calls out of nowhere keep the story afloat. But they basically don't change anything.