ALARM! Zakharova Calls Out US’ Anti-Iran Hysteria! Warships Will Only Lead to More Conflict! 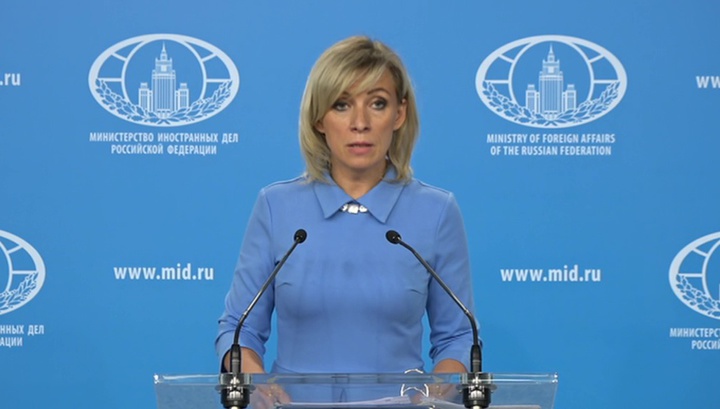 Maria Zakharova, Spokeswoman for Russian Ministry of Foreign Affairs: "We are seriously concerned that the United States is once again whipping up anti-Iranian hysteria. Its latest round began after Tehran expressed its intention to respond to large-scale US sanctions and to suspend the fulfillment of its part of the obligations under the Joint Comprehensive Plan of Action for Iran’s nuclear program.

The question is, does Iran have this right? Does it have the right to take such steps? From our point of view, from the point of view of international law, and from the point of view of logic and the understanding of how the events of recent years have developed, yes, it does. They have every right to take such steps on the basis of UN Security Council Resolution 2231, which, in 2015, approved the said action plan. Let's have a closer look at the document.

Article 26 says the following: "Iran will treat a reintroduction of sanctions as grounds to cease carrying out its commitments in whole or in part". Thus, the question of whether Iran has the right or not should not only be considered closed but even inappropriate to discuss. Therefore, there can be no complaints against Tehran in the context of the JCPOA.

At the same time, there is an absolutely paradoxical situation — the United States withdrew from the agreement a year ago. Let's not discuss the details of the withdrawal, I think you're aware of them. But they demand that Iran should stick to it. If we get back to the theory of exceptionalism, the situation is clearly one of its components. In Washington, the adherents of the theory, those who talk about it and implement it, apparently insist that the United States, step by step, be made an exception to the system of international law. In other words, everyone else is expected to remain within the framework of these and other commitments.

The United States is aggravating the situation by deploying aircraft carriers and bombers to the Persian Gulf region. This is accompanied by warlike statements and unfounded, unsubstantiated accusations against Iran of some subversive activities in the region and the creation of threats to US diplomats in neighboring Iraq. The Iraqis, whom the United States not only threatened but who have died because of the actions of the United States, Washington doesn't like to talk about. It seems that with all the sanctions and the military pressure, with all the harsh aggressive rhetoric, Washington purposefully provokes Tehran to take tougher retaliatory actions. They're even seeking direct confrontation.

That's a very dangerous line. It not only deliberately undermines the Joint Comprehensive Plan of Action which Iran has been strictly following, but it can also destabilize the entire Middle East. We would recommend the United States to think about what their aggressive behavior may lead to, what additional problems such policies may create for the long-suffering region and for international security. Otherwise, Washington will bear the full responsibility for this.

We'd like to emphasize this once more — Russia urges all the participants of the JCPOA to convene a meeting. There is a need for concerted efforts in the interests of maintaining agreements and finding ways to move forward. The United States should not interfere with this.

I would also like to comment on the incoming questions about another aspect of the situation in the Persian Gulf region. We'd like to express our concern about reports that, on May 12th, four oil tankers, two Saudi, one Emirati, and one Norwegian, which were sailing under the flags of different counties in the territorial waters of the United Arab Emirates, near the Emirate of Fujairah, became targets of attacks or sabotage by unidentified persons. Fortunately, there were no casualties or serious property damage. Also, an oil spill in the open sea was avoided. Judging by the incoming information, the Emirates authorities are actively investigating the circumstances of the incident. We proceed from the fact that it is necessary to carefully determine who is responsible for the acts and what the real motives of their organizers were. Such incidents cannot fail to be of concern. They pose a threat to the security of international maritime navigation, especially when it comes to the strategically important trade routes that pass through this region. All of this raises the tension in the Persian Gulf even further. It's being triggered by the considerable build-up of US Navy presence, as I've already mentioned.

Unfortunately, the United States still believes that by applying such heavy-handed pressure on Iran, they can force it to make concessions, in particular, to abandon its missile program, all while attributing the act of inference in the affairs of other states to Iran.

We're convinced such a course of events may lead to extremely fatal consequences and may also lead the region to a large-scale military confrontation with numerous casualties and substantial devastation. Obviously, every country involved will lose if that's the case".