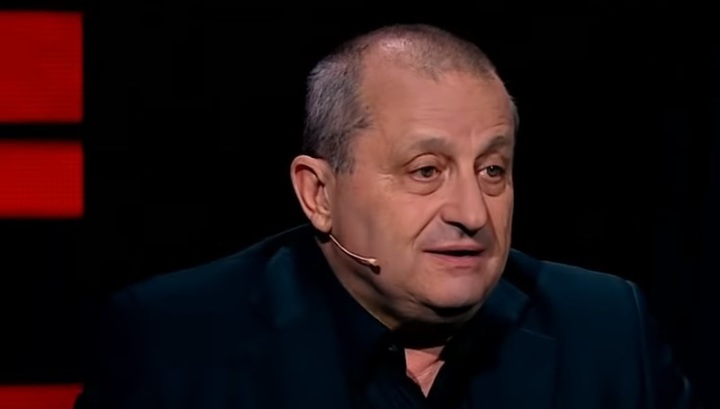 The elections to the European Parliament began today. They'll last until Sunday. Great Britain and Holland are the first to vote. Why Great Britain? Nobody knows why. But it votes although it's leaving. It joins and leaving. They're failing to do it. European liberals aren't optimistic about the outcomes of the elections. Radicals, eurosceptics, and euro-pessimists are expected to set a record. The yellow vests in France, Brexit in Great Britain, the political crisis in Austria, youth demonstrations for the climate all over Europe strengthened their positions. It's brilliant. I think that we should hold demonstrations for the climate in Russia so that there'll be more... more sunny days in a year and the weather would be better. I wonder how it'll influence. Maybe, if we ask diligently, we'll be heard.

It's important to note that the hysterical sentiments about Russia's interference with those elections suddenly vanished. They can't find any interference. But they noted a serious influence by the U.S. Steve Bannon, Trump's strategist, actively works with the European far-right. And Facebook blocks accounts which spread fake news and work for radicals. Those pages have up to 10 million views. And where are the scandals, suspicions, and sanctions for the U.S.'s interference with the election? Well, first, as there are people who know what's actually going on. What do they choose there?

Yakov Kedmi, political figure (Israel): There aren't any reports about Russia's interference with the elections. But there are claims that this is a Russian provocation, from Brexit, to the events in France. And I like it. Why do I like it? Instead of trying to figure out what's going on with them. They're looking for some made-up reasons and believe in them. It shows that they don't understand what's going on there. They don't even try to understand. They don't try to figure it out. And the accusations of being fascists... They're trying to deserve those accusations. It's because Brussels and all that bureaucracy, which they want to create, exist independently from the European countries. And they can't solve any of the problems that Europe faces. That's why we can laugh about it or be interested in it. But as I've said, none of those who vote at the upcoming elections in Europe... Does any European know, who represents, say, Germany in that union?

- It isn't Russia. If we send anyone in Russia, we know whom, to where, and what for.

- In addition, in Russia, the person whom you send knows to where he's sent and knows what for.

- And he knows what for.

- It doesn't matter. He knows where and what he should expect there. In Europe, as they said years ago, it's small-scale bourgeois demagogy. They're pretending. They pretend to have the European Parliament. This parliament is good for nothing. Can it decide anything?

- It does but it can't fulfill its decisions. Imagine that the European Parliament has no opportunity…

- Is it like a husband in a Jewish family? He decides but can't implement anything. His wife frowns, and then he may think that he decided everything.

- A smart Jewish wife creates an impression that her husband thinks that it's he who decides.

- So, let him think so. Take Nord Stream 2. The European Parliament can do cartwheels, it adopts any decisions. It can't influence the Nord Stream project at all.

- What do the eurosceptics run for the seats in the European Parliament for if they're against the EU?

- Vladimir, I'll explain it to you. Do you know the salary of parliamentary deputy?

- Then, a eurosceptic immediately turns into a euro-optimist?

- They don't care. The salary is higher than in their national parliaments.

- And with that money…

- And where should they live?

- In a hotel in Brussels, which is paid for you.

- I can tell you that I don't want to live in a hotel in Brussels for my own money. Brussels is a good city but it's boring there. It's small.

- Vladimir, you have two reasons to not live in Brussels. Firstly, if you live in Moscow, it's a good thing. But to live near Lake Como is better than there. It's much better. But they don't live there. Poor creatures. They come from some backwater Latvian town to the parliament.

- They waste their breath.