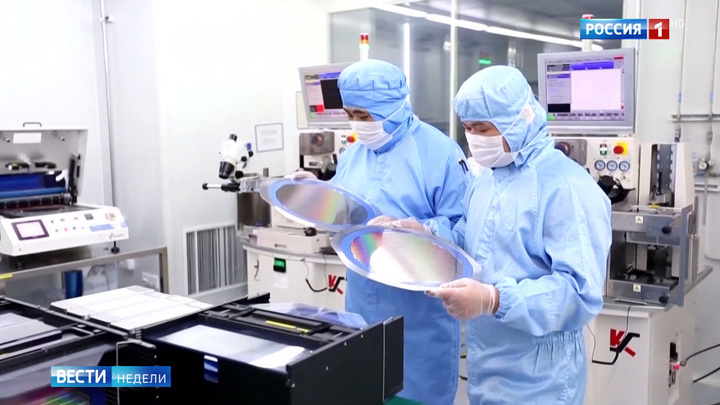 Last Sunday, we told you that President Trump issued an executive order imposing a state of emergency in the US because of the threat of Chinese digital technologies and 5G network equipment getting into America. As a result, the US Department of Commerce blacklisted the Chinese digital giant, the company Huawei, along with its 70 subsidiaries. This week, the story continued. Last Monday, the American company Google refused to work with Huawei and declared that Huawei is no longer allowed to install the Android mobile operating system, owned by Google, onto its smartphones. Huawei also won't be able to sell smartphones that have the pre-installed Google Play system, which has two and a half million various applications, including mail, maps, YouTube, a multitude of other handy services.

Moreover, several American manufacturers that supply electronic chips for Huawei smartphones announced that they're no longer working with the Chinese. The list of manufacturers includes Intel and Qualcomm. Moreover, the American company Microsoft removed Windows OS-based Huawei laptops from its online stores. In terms of commerce, companies, be it Google, Intel, or Microsoft, don’t benefit from it at all. They lose a giant market because Huawei is the fastest-growing company in the world. In terms of sales, it's already beaten Apple iPhones and is getting closer to the leader of sales, Korea's Samsung.

But orders are orders. The companies are forced to obey the US president's will. However, the next day, the US Department of Commerce announced the delay of all restrictions applying to Huawei until August 19th. But in principle, nothing has changed. According to the idea of the US, in three months, without operating system updates, the Huawei smartphones will begin to turn into bricks. For now, they have a respite, a pause to negotiate and search for solutions, be they joint or individual.

Anyway, the incident makes it clear to everybody that the Americans can cut off anyone from their systems and technologies on their whim, be it companies, or even entire countries. What does that mean? Currently, there are only two mobile operating systems in the world, iOS for Apple iPhones and Android for the rest of smartphones. Both systems are American. Hypothetically speaking, the US can shut off our planet's entire mobile network. Since the US is whimsical, unpredictable, and egocentric, it's time that humanity gets rid of its illusions and deals with security issues. Right now, even the European Union doesn't have a mobile operating system, search engine, mail application, or messenger, and a social network in its infancy. Everything is American, including software for American weapons, which the NATO arsenal is based upon.

Unlike Europe, Russia is in a far better situation. We've enumerated a series of things that Europe doesn't have. We have all of those things, including a fully-developed mobile operating system: Aurora. Aurora-based smartphones already exist. Law enforcement officers and civil servants will be the first to acquire new phones because their conversations need to be secure. Then, the way it happened with the Mir card, the new technology will spread. We were once shut off from Visa and MasterCard. Now, we're safe with a national payment system, our own card, Mir. Recently, we heard bloggers mocking the sovereign internet law that we adopted this April. And now, against the background of the Huawei incident, it becomes clear that it was a forward-thinking step because the internet is also an American invention and all the base network keys are in the US.

To put it simply if the light switch is outside of the bathroom, somebody may switch the lights off, be it accidentally, as a joke, or to spite you. And you'll be sitting in the dark yelling: "Hey! Turn it back on!" But if the switch is inside, you enter the bathroom, turn the light on, and do whatever you want. Nobody will disturb you. Now, after adopting the independent internet law, Russia is moving all possible switches inside, so that nobody could flick them off from the outside. Now, we'll never have to yell: "Hey, you, on the outside! Turn it back on!" So if America decides to cut off our internet at some point, Russia will, I hope, be prepared to maintain a stable network on its own.

Meanwhile, Europe hasn't addressed this issue so far. We have to admit that in terms of information security, Europe follows our tracks, copying many aspects of the Russian legislation. Following Russia, Germany, and the UK are creating structures similar to our Roskomnadzor to monitor harmful content on the internet.

Huawei itself, being a high-tech Chinese company, will do just fine without the American Android. Back in March, Huawei announced that it has its own operating system, just in case China's relations with the US deteriorate. It's being tested right now and will replace Android in the near future. The Google Play application issue can be solved as well. There are analogues that can be quickly developed. Speaking of the American electronic chips, Huawei tends to stick to the 1+1 policy: It adds one circuit produced in China to each US-manufactured circuit. That means circuits won't be a problem either.

So what do we have in the end? Trump did America a disservice. Not only are American companies losing huge markets, but their future positions will get even weaker because the world has launched a process that I'd call the strengthening of technological sovereignty. Android used to be treated like a sun above all us that everyone has equal rights for and is free to use without any restrictions. But after America decided to switch off the sun for particular countries, others are beginning to wonder if they're in line to be shut down. That means that the US will lose its current monopolies and America's influence over the world will inevitably decrease with all financial losses accompanying this process.