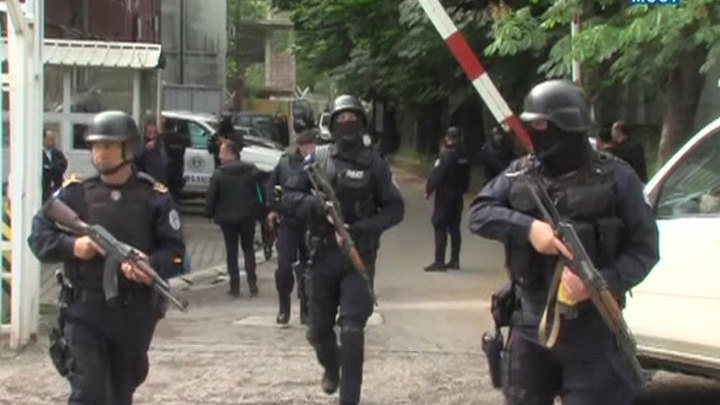 Disturbing news is in from Serbia, where a National Security Council meeting is being held brought about by the events in Northern Kosovo and Metohija. This morning, the police special ops forces of the self-proclaimed republic illegally entered the area where many Kosovo Serbians reside and detained more than 20 people. According to the president of Serbia Aleksandar Vucic, one of the detained is a Russian member of the UN mission. The Russian embassy is trying to clarify the situation. Vucic says that Serbia will act in a moderate manner but will protect its people.

Matvey Popov with the details of the events in Kosovo and Metohija.

Howling sirens can be heard even in the most remote areas of Mitrovica, a town in Kosovo. This morning, police special ops units of the unrecognized republic arrived here. Swiftly and relentlessly, they detain Serbians, both police officers and civilians. The formal reason is that they're all suspected of some Kosovo police officer. The locals believe it's the beginning of repressions against Serbians and are building barricades to block the police.

The official Belgrade is worried. The Serbian army and police have been put on full combat alert. The president summoned a National Security Council meeting and spoke in the parliament.

"Serbia will react in a calm and moderate manner but will protect and guard its people".

In his recent speech in the parliament, Vucic proposed to make peace with Kosovo, said it was time to admit that Serbia didn't control the territory, and urged to decide whether they leave the conflict as it is or negotiate a solution. It's possible that Pristina treated his words as a call to action.

Yelena Guskova, analyst: "They're rattling their guns. That's what it's all about. But their goal is still to conquer the southern regions of Serbia as well, Presevo, Medveda, and Bujanovac, where the majority of the Muslim and Albanian population resides. That's why I believe the Serbian army will be defending these territories".

It's known that the leader of the unrecognized republic Hashim Thaci is also holding an emergency meeting with the heads of his law enforcement agencies. Even if the attack on the Kosovo Serbians was sanctioned by Thaci himself, he definitely didn't expect his troops to cause such a stir.