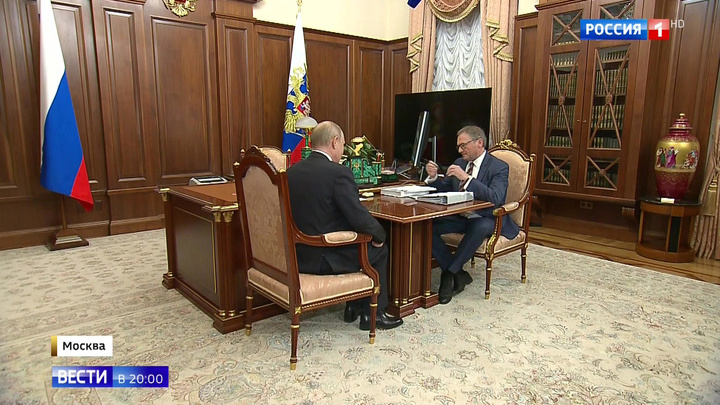 Over the past year, Russian entrepreneurs have seen half as many inspections, but the number of fines has only increased. Today, Presidential Commissioner for Entrepreneurs’ Rights Boris Titov told Vladimir Putin about major problems in Russian business. If a criminal case is launched, the owner of the company usually immediately ends up in jail. As a result, the company goes broke, its employees lose their jobs, and taxes are no longer paid to the state, even if the entrepreneur turns out to be innocent.

Dmitry Petrov is reporting on what can be done.

Boris Titov presented the report on entrepreneurs’ rights. The papers contain the most objective data collected nationwide. The commissioner has his representatives in all 85 Russian regions.

Vladimir Putin: "You've prepared a report, as far as I know. It deals with human rights in entrepreneurship. You're welcome".

Boris Titov, Presidential Commissioner for Entrepreneurs’ Rights: "The situation with entrepreneurs’ rights in Russia has improved. At the same time, there are still quite a few problems, primarily related to the criminal prosecution of business leaders. Unfortunately, in this respect, the statistics aren't very good. So far, over 80% of them do not consider business in Russia to be a safe occupation. Unfortunately, this figure has only been rising".

As the Commissioner for Entrepreneurs' Rights, Titov asked to consider implementing other pre-trial restrictions, for example, bail instead of custody.

Boris Titov, Commissioner for Entrepreneurs’ Rights: "We conducted an opinion poll, asking business leaders if the launch of a criminal case affected their business. As many as 54% said that they went out of business as a result".

Vladimir Putin: "We need to carefully analyze the situation. As for bail, its amount matters because if a suspected crime is worth billions, and the bail amount is just 10 cents, then it won't work. But at the same time, it can be an effective tool to continue both the investigation and the company's work without dismissing people. I agree with you; we’ll have to look into this".

Indeed, the number of inspections has dropped but planned and unscheduled inspections have been replaced by administrative investigations, probes, and special inspections. Fines have grown, too.

Boris Titov: Most entrepreneurs believe that the administrative burden has grown.

Vladimir Putin: So, there are fewer inspections, but the overall financial burden has increased.

- Yes, these are statistics.

The statistics only for last year. Entrepreneurs are fined everywhere. The situation of transport service providers is the hardest. If the Platon system, controlling vehicle weight and its overall size, reveals violations, entrepreneurs don't get a warning but are immediately fined. Titov believes that the system needs to be refined.

Vladimir Putin: "Many of the things that you just mentioned are unacceptable and must certainly be dealt with, such as the absurdity or the shift of administrative burden from one type to another, as well as the excessive or inaccurate control on the roads. We cannot allow people or specific companies to suffer from it. Let's take a closer look at this and work on it".

It's the inter-department working party based at the governmental analytical center that is going to deal with it.