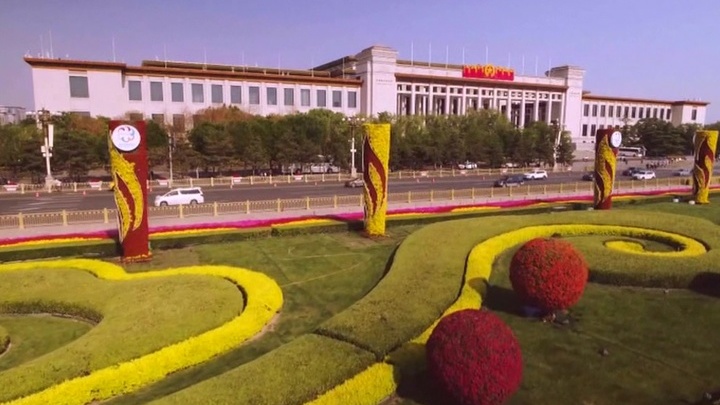 Beijing has made representations to Washington due to critical statements by US Secretary of State Mike Pompeo. China considered his words to be a gross interference in the internal affairs of the country.

See the details from our staff correspondent in China, Alexander Balitsky.

Indeed, the statements by US Secretary of State Mike Pompeo instantly provoked a sharp reaction and criticism in Beijing, which strongly advised the United States against interfering in the internal affairs of other states. A representative of the Chinese Foreign Ministry called Pompeo's statement "a rude interference", in which he called on China to repent for the events of June 4th, 1989, when public protests were broken up. The United States recommended that China actively promote democratic reforms. The Chinese Foreign Ministry condemned the proposition and advised the United States to look within.

Geng Shuang, spokesperson for Ministry of Foreign Affairs: "This insane nonsense is doomed to be in the trash bin of world history. We advise these people to look at themselves in the mirror and go about their business, to stop the allegations against China, to stop interfering in the internal affairs of our country, and also to stop using such language and actions that damage the mutual trust and cooperation between the United States and China. Do not repeat the mistakes. Otherwise, it will be the laughing stock of the international community".

It's clear that usually reserved diplomats, especially Chinese ones, who have always been careful about words, this time allowed themselves harsher expressions than usually addressed to the US State Department. And this is not at all surprising. First of all, the topic is 30 years old already. Secondly, the trade war has been eroding the relationship between the two countries. It's been on since last summer and now it is in its acute phase. For three days now, the retaliatory tariffs by China on American goods have been in effect, $60 billion worth.

China announced its vision for resolving this controversial situation by publishing the so-called "White Book" over the weekend. This is the position of China where it's stated it's going to hold its ground and Beijing placed responsibility for the breakdown of the negotiation process on Washington. Therefore, the last skirmish at the level of foreign ministries about the 30-year-old story is obviously a new attempt by the US to sting China in any way just to show again the inevitability of sanctions at the international level. Although China is known to adhere to the policy of dialogue in trade and technological disputes.