The Hardest Job in the World? Vesti Inside Look at Russia’s Intense Cosmonaut Training Program! 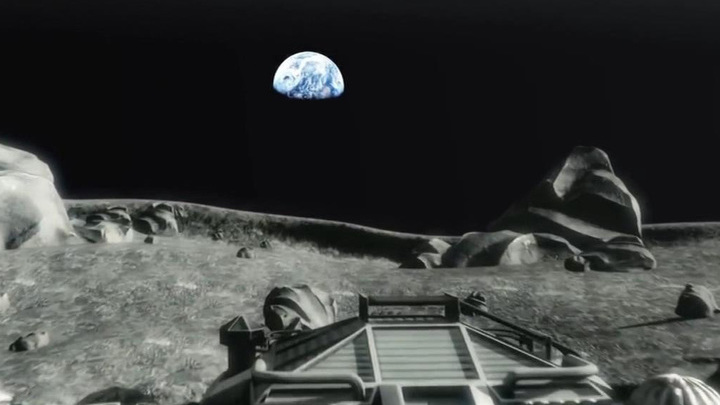 Good physical, mental, and psychological health are the three main conditions of becoming a cosmonaut. The Russian unit is recruiting and there are virtually no limitations for the citizens of Russia. In practice, one will have to meet the requirements, which are extremely high this time. Candidates are being selected with a future program in mind. A major aspect of the program will be the exploration of the moon, not only flights but also the construction of a lunar observatory. Potential cosmonauts will be evaluated not only in terms of health but also in terms of their professional qualifications. Naturally, the unit's recruiting commanders and space engineers. However, this time, scientists have a good chance, especially doctors and biologists. Their participation in moon expeditions is a mandatory condition.

Yekaterina Grigorova will tell us how to fulfill a childhood dream of becoming a cosmonaut.

- Do girls get advantage this time as well?

- There are no advantages or limitations, you know, at least that's what Roscosmos and the Cosmonaut Training Center claim.

Right now, the crew is primarily male. Even the video Roscosmos released to promote the new project shows only men. In order to join the project, one needs a degree and a high level of professional skills. Being a cosmonaut is hard but interesting. It's worth a shot, assuming you possess the above-mentioned qualities and you're younger than 35.

The first stop on one's way to becoming a cosmonaut is the medical commission. There are certain height, weight, hip, and ribcage breadth restrictions. Apart from a basic physical, x-rays, ECGs, hearing and sight checks, the candidate takes a series of tests that determine their body's resistance to sharp pressure changes. Any abnormalities can be deadly when working in space.

Health requirements to be a cosmonaut have remained very strict. However, there's no more unjustified strictness. For example, previously, cosmonauts were grounded if a single heart rate issue was detected. Recent research has shown that several fluctuations a day don't exceed the healthy limit. The thing is that these issues, or as scientists call them extrasystoles, can be detected in 60-70% of the population. They may happen for various reasons.

Sergey Krikalev, Roscosmos: "Unfortunately, at the dawn of space travel, the research wasn't thorough enough, so only average people were recruited. If there was some deviation, whose possible impact was unclear, the person wasn't recruited, just in case. Right now, since we require more highly qualified specialists, we decided to make the medical requirements less based on average parameters. We're focusing on an individual approach and a more thorough assessment".

Every cosmonaut candidate, including members of the moon program, must be perfectly fit. The physical tests include running, swimming, pull-ups, and trampoline jumping as well as the Romberg's test, which determines the ability to maintain balance. It would seem that professional athletes can easily become cosmonauts but in reality, it's the other way around.

Sergey Krikalev, Roscosmos: "We're recruiting average healthy people who usually aren't some super-athletes because unfortunately, doing sports professionally can have its own negative impact on human health. A dedicated professional athlete usually has some health deviations that often stop them from joining the unit".

Russia's been working on its moon mission for several years now. In 2015, an all-female crew took part in a test on a mock spacecraft. The test was supposed to study how the female body adapts to being isolated in an airtight compartment. The test was a success. However, so far, only one in five applications to the cosmonaut project is submitted by a woman. Roscosmos expects more active participation.

Sergey Krikalev, Roscosmos: "In fact, the requirements are pretty similar. There's a slight difference in physical training requirements. But speaking of knowledge and motivation, if a person doesn't want that, they're not welcome in the unit, regardless of their sex".

Maxim Kharlamov, Cosmonaut Training Center: "There hasn't been and won't be any division. It entirely depends on the women, the ladies. The more actively they participate in the project, the higher the chance that we'll pick them".

Another experiment began in March 2019. A 3-men and 3-women crew will spend 120 days in an isolated lunar module specially created by the Institute of Medical and Biological Problems. The moon mission is already being rehearsed.