Pompeo Prods China With a Stick! US Seems Intent on Provoking War With the Entire World! 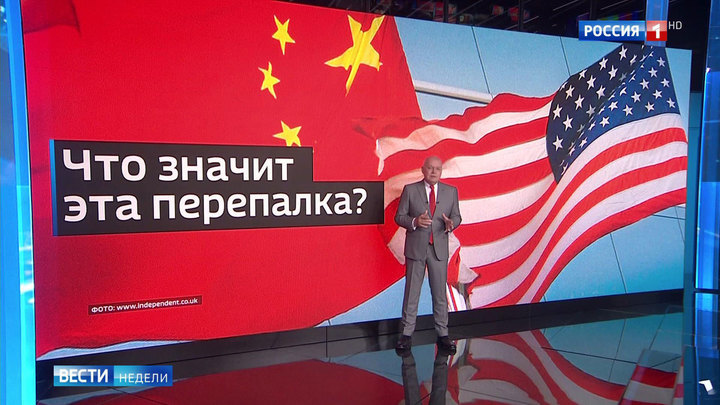 There's extreme tension between America and China. And the U.S. is the one being the bully. It seems that Washington uses any excuse to keep poking Beijing with a stick somehow.

So, June 4th was the 30th anniversary of the tragic events in Beijing's Tiananmen Square. The authorities violently dispersed a student riot back then. As of now, for China, this issue has already been closed. It's believed that if the protest hadn't been suppressed at its source, then chaos would have begun in the country, which, in turn, would have prevented modern-day China from achieving its current results. And, apparently, that's exactly what they regret in America. In any case, U.S. State Secretary Mike Pompeo made a special statement on the anniversary of Tiananmen. It turned out to be rude and undiplomatic.

"The events of thirty years ago still stir our conscience and the conscience of freedom-loving people around the world. The U.S. hoped that China's integration into the international system would lead to a more open, tolerant society. These hopes have been dashed. China's one-party state tolerates no dissent and abuses human rights whenever it serves its interests. We call on China to release all those held for seeking to exercise these rights and freedoms".

The U.S. State Secretary spoke about rights and freedoms. He's a state secretary of a country that will overstep any rights and freedoms of any people in the world if it serves its interests. It's always ready to spill blood, assuming that it's facing a weak opponent. And if using military force is a little bit way too scary for America, there are always sanctions.

China's response was unprecedentedly harsh. They've never heard such diplomatic language in Beijing. And it was done at the lowest possible diplomatic level. An anonymous spokesman of the Chinese embassy in the U.S. addressed State Secretary Pompeo.

"The author clearly acted out of prejudice and arrogance. Under the pretext of human rights, this statement grossly intervenes in China's internal affairs, attacks its system, and smears its domestic and foreign policies. This is an affront for the Chinese people and a serious violation of international law and basic norms governing international relations. The Chinese side expresses its strong dissatisfaction and firm opposition to it. Whoever attempts to patronize or bully the Chinese people in any name, or preach a 'clash of civilizations' to resist the trend of times will never succeed".

What does this skirmish mean? It shows that America is still the same. And China is already different. It shows that Beijing's patience isn't infinite and that America will look increasingly ridiculous as it keeps looking for trouble. It also shows that the negotiations on a new trade agreement between America and China aren't going well. Why else would America behave so rudely? It also shows that China has strong positions in these negotiations. Why else would Beijing respond so sharply?