Minsk Peace Talks Underway... But Shelling Of Innocent Donbass Civilians By Kiev Not Letting Up! 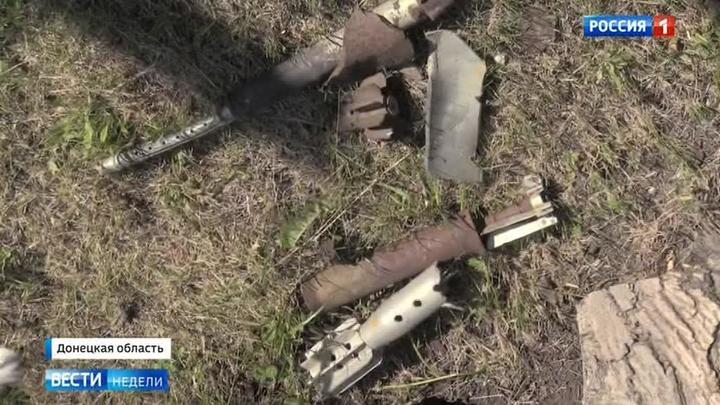 On Wednesday, Minsk hosted a meeting of the Contact Group on resolving the situation in Donbass, which was the first after the presidential election. At Zelensky's request, Kiev is represented at the talks by former President of Ukraine Leonid Kuchma, just like under Poroshenko. Kuchma has stepped into the same river twice. Kuchma is in his eighties, although he looks younger. He's eager to get down to business. So far, at the first meeting, they only agreed to meet again, on June 19th, to check the lists of prisoners held in Ukraine and the in Donetsk and Lugansk Oblasts. The goal is a ceasefire.

Sergey Zenin has the latest news from Donbass.

Having spent a day in a hospital and a couple of days at her neighbors' Katya's back home. The girl is shocked.

“We wanted to come home last night, but she was shouting: "I won't go there!"

Earlier this week, a shell was dropped, allegedly by a drone.

- Katya, tell us briefly what you remember?

- Granny was wounded. And I was screaming. I was scared. Perhaps God saved me.

People hoped that with a new president in Ukraine the situation would change. So far, Kiev's words haven't lined up with its actions.

Nelya Yakushenko, head physician at Gorlovka Hospital: "Nothing changes. If the shelling starts, we are all at work because we know that there will be a flow of wounded people".

This is the village of Golmovsky. News about the results of the Minsk talks fly here on the shells' wings.

- Was there shelling on the day when Zelensky came from the side of Lugansk?

- Yes, of course. There was severe shelling both when Zelensky arrived and on June 5th, when the Contact Group met in Minsk.

This is one room, and there is another. Here you can see what happened to the ceiling. And this is a big sitting-room, which is very bright, even though the windows are all nailed up. There's no ceiling.

And this what happened to small-house suburbs in the town of Yasinovataya after the shelling. The house cannot be repaired.

A 32-year-old woman was taken to a Donetsk hospital after Ukrainian border guards held her at a checkpoint for all night for no apparent reason. A patient with severe diabetes suffered a nervous breakdown, and she was not given an insulin injection on time.

Oleg Antonyuk, the Gusak Surgery Institute, DPR: “She's now in the intensive care unit, with respiratory care; all life functions are broken. Emergency room doctors are trying to save her life.”

On top of all this outrage, Ukraine has announced its intention to dispossess all of the Donbass citizens who've applied for Russian citizenship of their property. But this statement didn't change people's mind. They still wait in lines at migration points.

"It's very stupid. We're all citizens, all the same people. Some of our relatives live on the other side, and I can't get how they can divide us all. I guess, personally, it won't affect me anyhow. If they want to take my property, which is in the town of Gorlovka, they're welcome!"

Those who fight for the Republic don't even think of retreat, even though they're shelled every hour. This is the so-called Yasinovataya industrial area, the most complicated part of the frontline. The military men say that the situation has only degraded over the past month.

"A 120-mm shell landed about a kilometer away at another checkpoint. This is how the Ukrainian Army respects the agreement. They started shelling at 7 sharp, and over the past half an hour at least 10 shells have been dropped".