IQ Levels of American Elites Have PLUNGED; Too Many Mistakes Being Made Around the World! 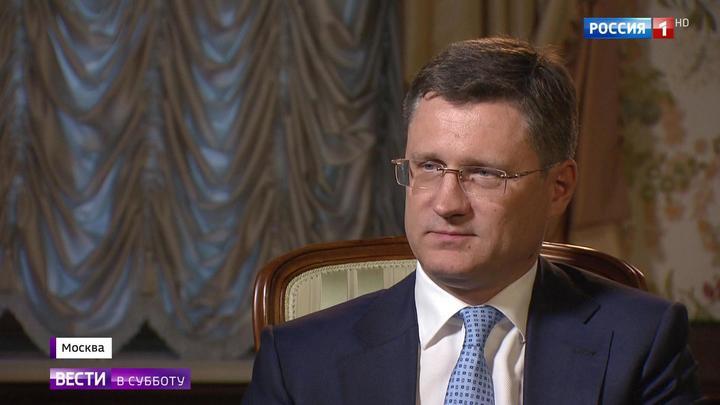 The recent fluctuations in oil prices were no less intriguing. Let's check out the chart for the last five days. The explosion in the Gulf of Oman naturally spurred the prices. Here it goes upwards. But that was a slight boost. The chart makes it clear that before that, the prices were steadily declining. Why was that so?

Well, this question can be answered in an arrogant manner: Haven't you heard? The US oil reservoirs proved to be fuller than expected. On the other hand, Venezuela has recently announced a 35% oil extraction decrease. So there's less oil overall during a high-demand time of year. Right now, the demand for gasoline and diesel peaks. Why were the prices falling?

We have a big interview today with Russia's Energy Minister Alexander Novak. And here's his idea why the prices were falling. He's an industry-focused economist but believes politics was behind the decline.

- The decline in oil prices occurred against the background of China and the US engaging in a serious economic conflict.

- So you believe that's the cause of global pressure?

- That basically leads to a decline in the world GDP, the world economy. In this case, energy consumption is also going to decrease, if these trade wars continue.

- Then, I'm going to ask you a political question. I recently had a frank conversation with a knowledgeable American. He's not a fan of Trump. That might be the reason he said what he said. He told me he'd figured out the idea. The US was supposed to ally with the EU. That would've been its mechanism of counteracting China. But instead, the US picked a fight with Mexico, China, and the EU. Was that a reasonable move?

- Well, I believe you should ask the American policy-makers. It's a known way to achieve desired results: First, you escalate the situation dramatically, then, you back down a bit retaining some gains of the sharp escalation. We see them do that in every area. A similar thing happened to Mexico.

We're going to get back to the Eurasia story we've been telling throughout this episode. Is it going to be a dollar, euro, or ruble zone in the end? And how shall Russia build relations with the West, especially the neighboring Europe, when we're divided by Ukraine and the new crisis surrounding Iran. Let's be more specific. Watching the US make a fuss around Iran, many might've thought that it's no big deal. Trump used to make a fuss around North Korea but there was no war. He was just raising the stakes. But when you think about it, the comparison is not accurate. And it's not about North Korea having a nuclear program and already producing nuclear weapons. In fact, if it gets attacked, the conventional North Korean artillery can reach South Korean Seoul. It's pretty close to the border. It can also reach the US troops, albeit under the UN flag, deployed on the Korean border. In addition, North Korea doesn't influence the world economy at all. However, Iran is much more interesting. Iran's surrounded by Iraq and Afghanistan, where the US troops got bogged down. One can be sure that the US wouldn't dare to perform a ground operation.

However, airstrikes and now cyber attacks against the Iranian military, nuclear, and, of course, oil facilities would be no less damaging. Naturally, Tehran is capable of delivering a counter strike against the US bases in the neighboring countries, we've marked them with red, and even Israel. It can also attack the oil industry of its Arab neighbors. This is sure to spur oil prices, which would only benefit Trump's shale king buddies. In addition, that would be a heavy blow against Europe's prestige. There would be nothing to purchase in Iran even if it brings euros. Is it a bad scenario? It is. But it's much more tangible than in the case with North Korea. Our age has multiple layers but is so simple at the same time. The intelligence level of elites has obviously plunged. So perhaps we overestimate the strategic planning of the US. And consequently, we might overestimate the strategic planning of the EU, whose Energy Commissioner arrived in Moscow this week to discuss the transit of the Russian gas through Ukraine against the background of Iran being unstable and Ukraine being indecisive.

And still, if not for Iran, what else makes Europe so eager to preserve the Ukrainian transit at any cost? The alternative Nord Stream and TurkStream pipelines are about to be launched. And one never knows what to expect of Ukraine. Does the EU really care so much about Kiev's financial health that it's eager to help Ukraine continue getting transit money from Russia?

Well, it appears Europe just calculated how much Ukraine cost it since it was transferred in its care from Moscow. Europe perhaps also calculated how much Kiev cheats. We're not going to say anything against the idea that Ukraine's stability is equally important both for Europe and Russia.

We talked to Russia's main negotiator about all these things.

- Could you explain one technical detail to me? We keep hearing that Ukraine doesn't purchase Russian gas and buys the reverse flow from Europe instead. But there are no such curved pipes that would pump gas to Ukraine through Slovakia. Ukraine must be obtaining gas on its way to Europe.

Alexander Novak, Minister of Energy: Well, I agree that in terms of laws, it is consistent with the legislation. But technically, gas goes to the areas where there are consumers. They have a bridge somewhere at the Ukrainian border.

- They screw off the meter and take it 150 feet farther.

- The meter registers the gas outside of Ukraine.

- Does Europe realize that?

- In fact, Europe gets less gas but the meter shows more. That costs 25%-30% more, according to our estimates.

- You smiled when you were answering my question. Does Europe smile? Is it about money, geopolitics, or financing their dear Ukrainian buddies who profit off that?

- I'd like to remind you that the last trilateral consultations, which took place this January, had Ukraine represented by Foreign Minister Klimkin, who's not related to the energy industry in any way. That was odd. It's a mixture of politics and economic issues.

- Let's put ourselves in Europe's shoes and reluctantly admit that Europe would also like to have several routes for the Russian gas. We've got the Nord Stream, TurkStream, let's preserve the Ukrainian one as well. Is that what they're thinking?

- In general, various supply routes can be used. These routes just need to amortize the money invested in the infrastructure.

- Your counterparts have managed to save the Ukrainian transit. OK, fine, why don't we have this one as well. But won't Europe try to sabotage the last phase of the Nord Stream 2 project?

- No, we don't see such risks. The infrastructure still requires expansion. We need to build new infrastructure for future projects. Otherwise, such big European companies like Shell or Engie wouldn't invest their own funds into non-profitable projects.

- A curious proposal has been voiced recently. Mr. Medvedchuk and Mr. Boyko should create their own private company and purchase the Russian gas for Ukraine through this company. This initiative encounters two major issues. The first one is elections in Ukraine, followed by a new government forming. The second one is the recent European Parliament elections. You've met your counterparts today. However, they may lose their positions by September. How patient do we need to be to figure out what happens to Ukraine in the end?

- Today, we discussed the date when we can hold such negotiations, or rather such trilateral consultations, if the situation demands. We probably won't be able to meet until September.